We have had a busy few weeks in Year 6! As SATs practice has continued, the children have impressed us with their perseverance and sense of challenge and are working hard to meet their own personal goals.

We have begun our new topic, Suffragettes, and the children have impressed us with their connection making, and compassionate and thoughtful responses to the subject so far. We have been learning about the differences between the two main societies, and their leaders, and have been surprised by the diverse figures involved in the fight for women's suffrage!

Elsewhere, there have been plenty of extra-curricular activities to keep up with, including football and netball matches and the science fair. We are proud of the hard work that the children put into these events, and how brilliantly they represent the school.

It has been great to share the children's work and achievements at parent consultations this week, and we thank you, as ever, for your continued support.

To Mars, and Beyond?

STEM week in Year 6 has been out of this world, as we have been discovering the future of space travel. After learning that Mars is the next frontier, we learnt about NASA's Mars Rovers, through the book, Curiosity.  We then turned our attention to the challenge of putting humans on Mars, and discovered the grand plans of individuals like Elon Musk, who believes he can put over one million humans in Mars by the year 2050!

We were challenged to our very own space race, applying our knowledge of forces to create the highest flying Berocca-powered rocket.

The entire Year 6 team are also incredibly proud of the children for the fantastic start that they have made to our period of SATs practice. They are demonstrating resilience and determination with every paper, and are taking on their personal challenges, admirable.

Thanks as ever for your support,

Following our successful presentations to the 'UN Security Council', word must be spreading that Year 6 are the people to go to for expert advice on anything geography, as we've received a mission from a mysterious explorer requesting that we chart a new-found uninhabited Caribbean island. The children have been comparing the physical and human geography of the UK and the Caribbean and have used this knowledge to chart this new island, creating maps with keys, as well as a topographical map. They have now been challenged to reflect this through sculpting a 3D model which can be shared with the world!

In English, the children have just finished writing etiologic tales in the style of Trish Cooke, author of Tales from the Caribbean. After taking inspiration from other Caribbean folk tales, as well as those from around the world, the children have produced some really entertaining stories, of which they are extremely proud. Perhaps these tales can be attributed to our new-found land!

The Year 6 team want to say a big well done to the children for another successful and enjoyable half term, and for coping with the ever-present disruption Covid brings. We hope you all have a great half term break. 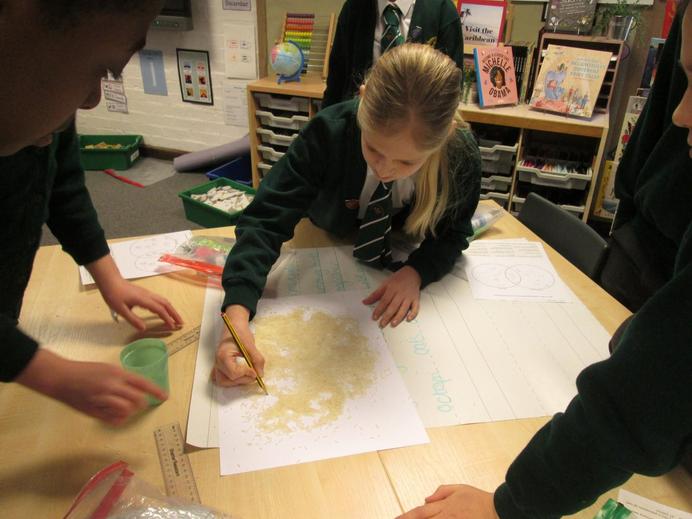 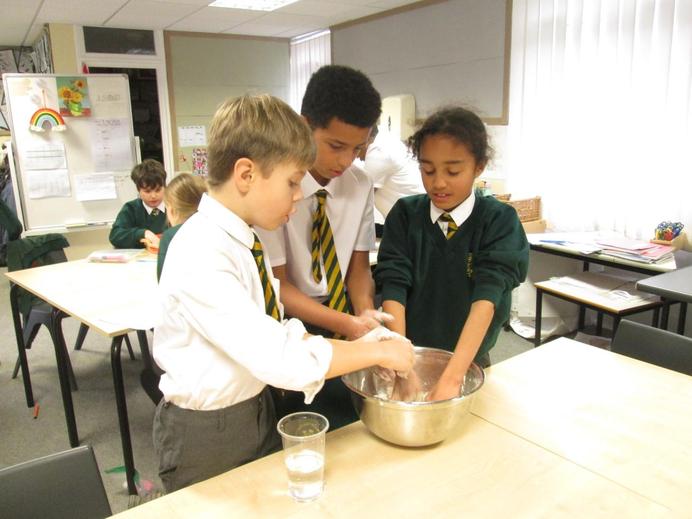 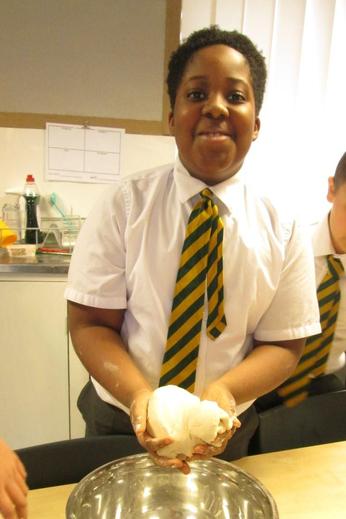 After an abrupt finish before Christmas, Year 6 have made a fantastic start to a busy new term.

The children have thrown themselves back into their learning, picking up from where we left off in our mission to report to the EU at the end of the month about the threats to the biomes of Planet Earth!

Elsewhere, we've been banishing the January blues with visions of the Caribbean as we start our new unit in English and create travel brochures for the Caribbean islands.

We've also kicked off the year's sporting events with an athletics competition at Birchwood. A group of 16 children, who impressed us during PE lessons, were selected to attend the event. They showed impressive camaraderie and persistence throughout the competition, and despite not finishing on the podium, we are incredibly proud of their efforts. We look forward to taking part in more events as the year continues.

We hope you had a relaxing break and thank you as ever for your continued support. 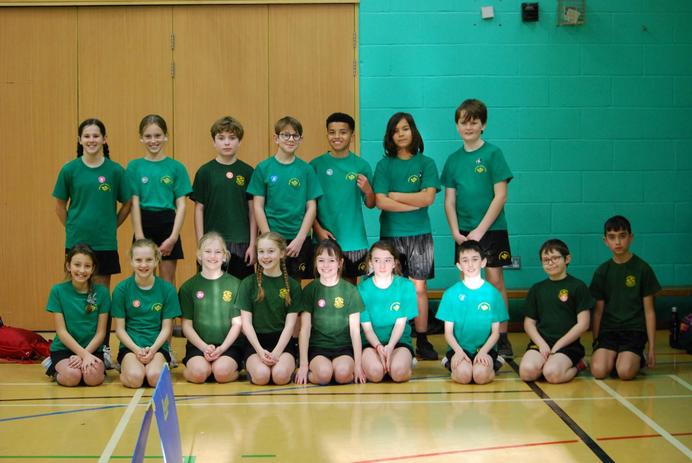 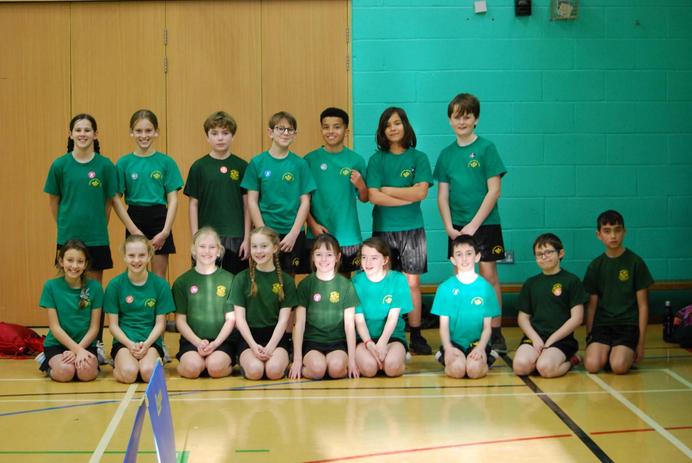 Recently in Year 6, as part of our science topic, Evolution and Inheritance, we took a trip to Clippy Island! We investigated how natural variation in beak size meant that some ‘Springbeaks’ were better adapted to their habitat than others. This meant that over four ‘seasons’, some populations managed to survive and reproduce, whilst others became extinct! There were so many small ‘Clippies’ by the end, some children had the job of feeding three or four at a time! We then related this to Darwin’s observations of the finches on the Galapagos Islands, and the story of the peppered moths. Why not ask your children to explain what happened to the peppered moths and how this explains natural selection? We are looking forward to learning more about evolution after the Christmas break.

At the end of their first term in Year 6, we are extremely proud of the children for how they are rising to the responsibility of being the eldest in the school. They approach every day with a positive attitude, showing great enthusiasm and commitment to their work across the curriculum. They truly are excellent role models for the younger years.

We wish you all a very Merry Christmas and look forward to welcoming the children back in the New Year! 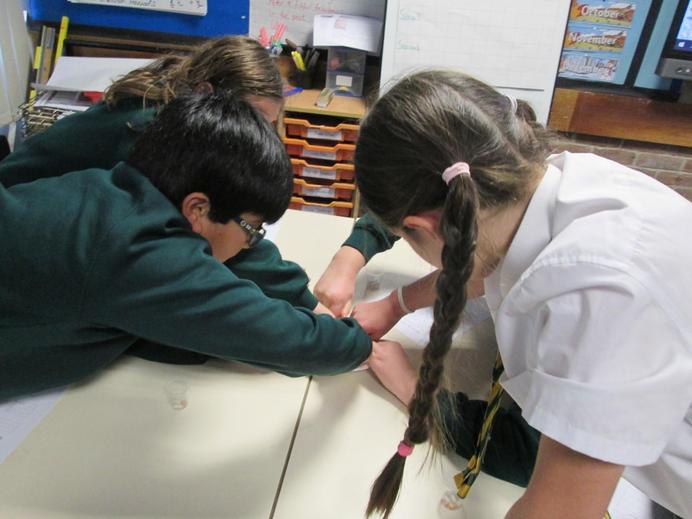 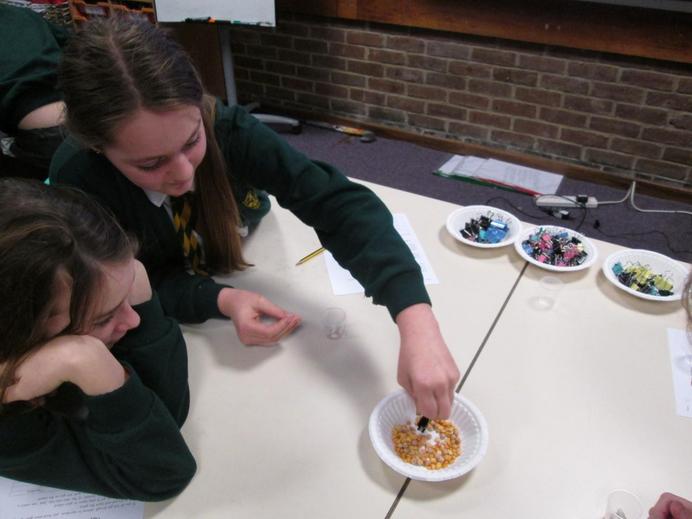 We’ve had an exciting start to our new topic, as an urgent letter arrived from none other than the Secretary General of the UN, requesting our help in protecting the biomes of Planet Earth. Although the letter seems to overstate our expertise in the area, we are keen to help, so we have thrown ourselves into starting to understand biomes, and the threats that they face. We await the next letter for further instruction.

In science, we have been starting to understand how the Earth has changed over time, and have used toilet paper timelines to visualise the length of time between periods in the Earth’s history. The fact that the whole of human history is represented by just one square of paper has helped put in to context the damage that humanity has done to our environment in such a short period of time.

We have got a lot to fit in before the Christmas break, but with the children’s continued positive learning attitude, we will have a fun and productive few weeks! 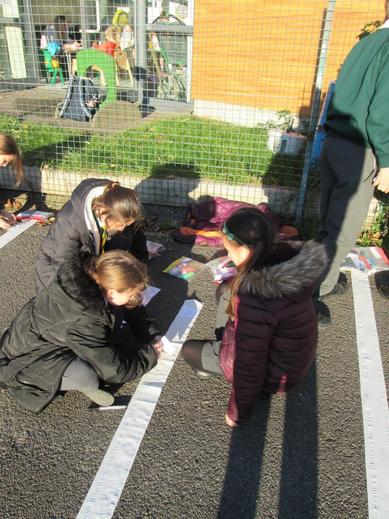 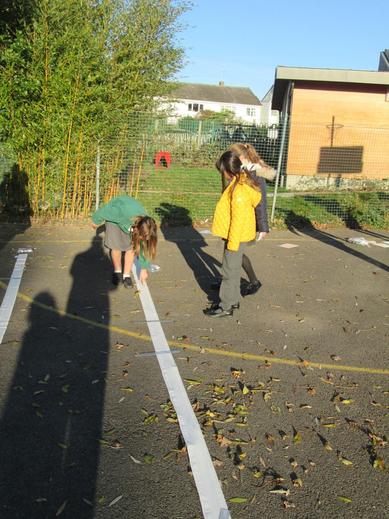 Year 6 have made a great start to the half term and thrown themselves in to our new topic centred around Cecil Rhodes and the British Empire. They have been working incredibly hard to understand tricky concepts and have blown us away with their empathy.

Our trip to the South Mill Arts Centre expanded our understanding of the British Empire, and the children made fantastic connections between the colonisation of India and Australia, which we have focused on in class, and colonialism in Africa. All the Summercroft staff and volunteers were impressed with the children's curiosity, enthusiasm, and behaviour, and we are incredibly proud to have had glowing feedback from the South Mill Arts centre staff too.

We are looking forward to the rest of half term continuing in the same way! 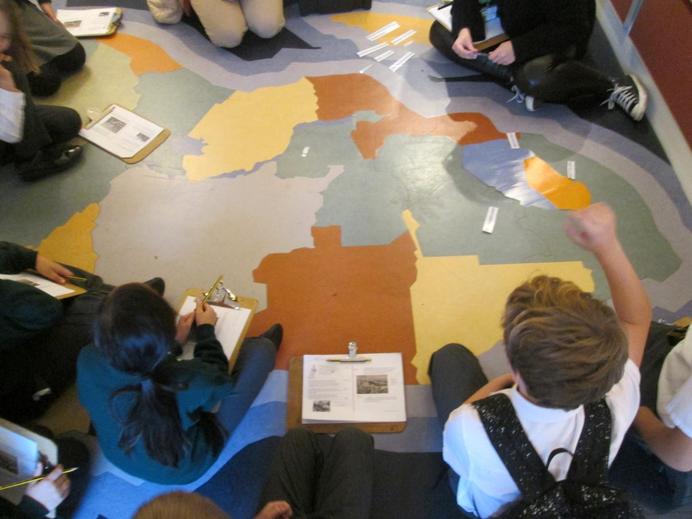 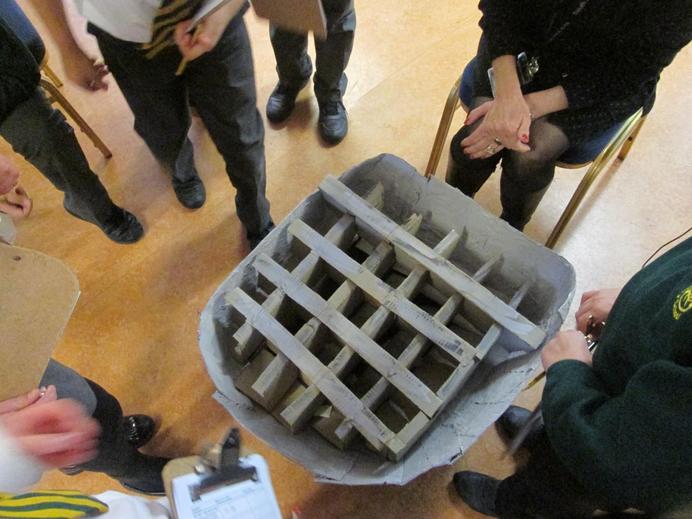 Year 6's chances of making it off the island have finally improved, as they received a daylong session from some real survival skills experts. Scott and Duncan from Let's Get Out taught the children a range of bush craft skills including orienteering, fire lighting and shelter building. The children engaged wholeheartedly with their learning and have showcased everything they have learnt over this topic in fantastic 3D posters, which have been shared on Seesaw.

For children wishing to learn more bush craft skills, Let's Get Out run 'Hornets', an outdoor club for 10-16 year olds, from Hatfield Forest on the second Saturday of the month. Check it out here: https://letsgetout.co.uk/hornets

During Arts Week this week, we have focussed on the menacing side of nature, and created artwork and poetry based around 'A Murder of Crows' by Dilys Rose. We've used rubbings from our trip to the forest to collage trees and used foam print-making techniques to create a murder of crows on the branches.

We are proud the great start that the children have made to Year 6 and are grateful for your continued support. We hope you have a restful half term! 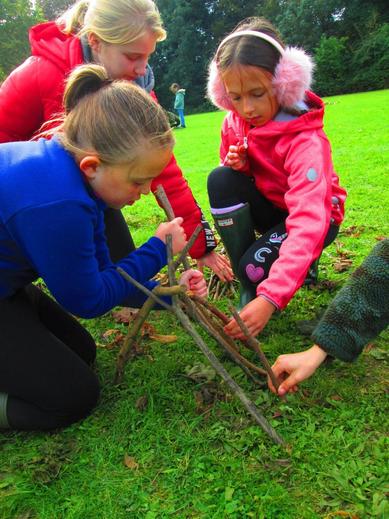 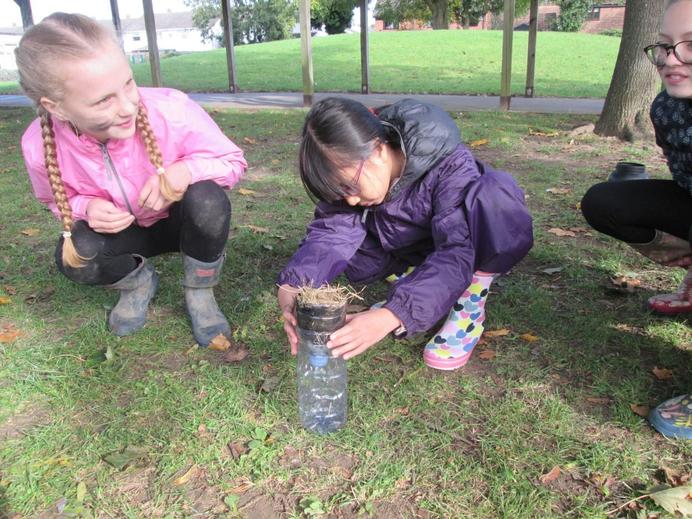 In an attempt to keep ourselves fed on our desert island, we have been experimenting with food preservation methods, with some fascinating and unsavoury results. Working scientifically, each group planned a preservation experiment, using what we understood about what bacteria needs to survive, to try and preserve food for as long as possible, using resources found on the island.

After a week, we performed our final observations, and found some food had fared better than others. We will be scrubbing the smell of rotten fish from our clothes for weeks!

Elsewhere, we have been finishing our third-person recounts for our survival stories, and have turned our attention to creating pictures to accompany our writing, using watercolour paints to recreate the image of the slot-canyon where Aron Ralston lost his arm.

We have also been starting to learn songs for the Young Voices choir, and everyone around school has been cheered up by the sound of their enthusiastic singing drifting through the corridors! We are already looking forward to this fantastic opportunity, and can’t wait to hear the children apply their enthusiasm to more of the songs as we learn them.

Year 6 have had a rocky start to the year, as they have been washed up on a desert island! In their groups, they have been endeavouring to survive by filtering water, learning essential First Aid, and planning experiments to investigate how they will keep the food fresh and edible on the island. We’ve also been learning about other survivors, and have been recounting their stories in our writing.

We are proud of how the children have started this year, and have risen to the responsibility of being the eldest in the school fantastically. With House Captain applications and football trials, we are so pleased to see the children so willing to contribute to the wider life of the school. We are looking forward to the year continuing in this fashion!

Unfortunately not the ones with chocolate chips.

Some cookies are necessary in order to make this website function correctly. These are set by default and whilst you can block or delete them by changing your browser settings, some functionality such as being able to log in to the website will not work if you do this. The necessary cookies set on this website are as follows:

Cookies that are not necessary to make the website work, but which enable additional functionality, can also be set. By default these cookies are disabled, but you can choose to enable them below: